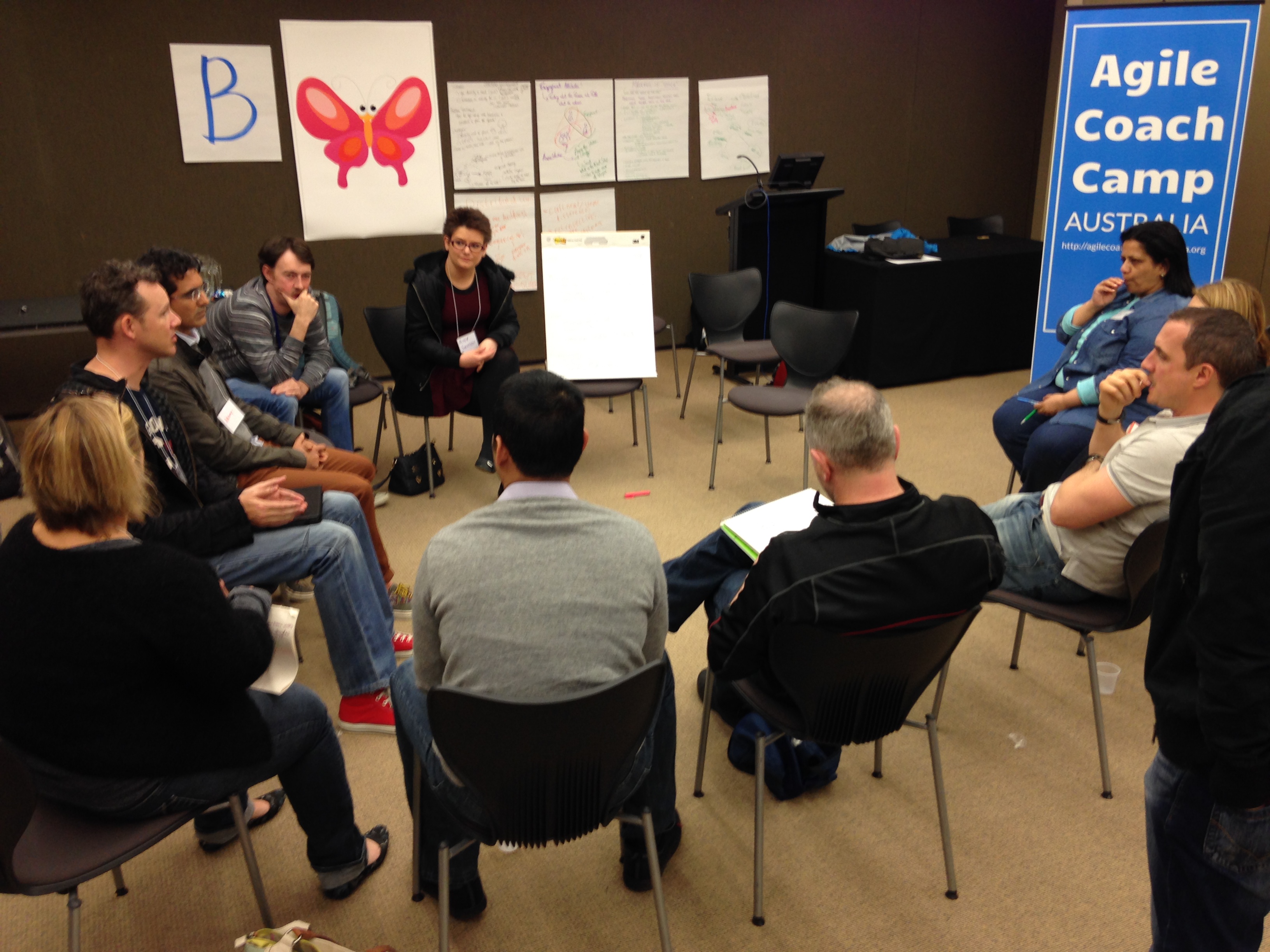 Towards the end of last year I was interviewed by Shane Hastie from InfoQ about Agile Coach Camp.   The interview was published in the article An Update on Agile Coach Camps Internationally.

Coach camps are volunteer organised events which typically happen over a weekend and are designed to be cost neutral, sharing the venue and catering costs across the attendees without a profit motive.  Coach Camps run using an Open Space format.

Bernd Schiffer and I are bringing Agile Coach Camp to Melbourne in March 2015.  We have been busy finding a suitable venue and we are very close to finalising one soon.

For more information and how to get tickets (once they go on sale) for the Agile Coach Camp in Melbourne, please visit www.agilecoachcampaustralia.org

Here’s the transcript of my interview on InfoQ:

I was one of the few people from Melbourne who traveled up to Sydney for Australia’s first Agile Coach camp in 2013. I didn’t know what to expect from the event other than wanting to network and meet other people who were passionate about helping others deliver customer and business outcomes through agile ways of working. In the end I caught up with a great bunch of like-minded people and walked away with some new ideas and hopefully provided some inspiration for others.
I want to increase my competency as an Agile Coach and help others by forming a community of practicing Agile Coaches. Through this desire I formed the Agile Coaching Circles Meetup (www.meetup.com/agile-coaching-melbourne) in Melbourne to provide support for the role of the Agile Coach. Naturally Agile Coach Camp is another outlet to learn and become more effective in the role of an Agile Coach and anyone else involved in coaching, training, mentoring and leading Agile organisations, teams and individuals through a community of practicing coaches. It is a practitioner-run event and the sessions are planned collaboratively on the day with the participants. I find the peer-to-peer Open Space discussions to be diverse, cooperative, stimulating and interactive.
I am looking forward to the coach camp in Sydney and I am excited about collaborating with Bernd Schiffer in hosting Melbourne’s inaugural coach camp in early 2015 and making this a regular event in every coach’s calendar. We want to run the Melbourne coach camp as a grassroots event that is cost neutral with little or no sponsorship other than a sponsor who can denote a venue for us to use. We want to encourage everyone to bring their best ideas or problem they want help with, unleash their enthusiasm and together we can discover how we can be even better coaches.

I hope to see you in March at the Melbourne Agile Coach Camp.